I really hope someone can help me out or at least give me a few tips on this. I am 27 and have never given birth. Reading up on the different cups I decided to buy a Large ladycup thinking it'd be the right one for me. Turns out it was too big. It wouldn't fold out and it hurt so bad. I tried with lube and every fold technique, NOTHING. So I then went and bought the smaller one... which fits and actually folds out, unlike the other one... but I am really uncomfortable using it because it seems like it "disappears" really far in over time and gets sorta errr... "stuck". Reaching it is really hard, I literally have to grab the end of the stem with my finger nails and slowly wedge it far enough down for me to get a good hold to pull it out. And this is after having pushed for ages with my actual vagina to get it to move down a little and sitting in an odd position on the toilet. Other than that, which kinda scares me everytime cause I think I'll never dig it out again, I'm very happy with the cup :(

It really bothers me because I love the concept and I want it to work for me. I don't want to waste anymore money on cups that don't fit or just aren't "right" for me. And seeing as I'm sure someone around here will have more experience than me... for the love of god, HELP!

Would getting a longer or more narrow cup do the trick perhaps? Or one with a longer stem? Which cup on the market has the longest stem but still has a small ish cup like the small ladycup has? I'd really appreciate it if someone could help me. Thanks in advance!

Sophie.
Hi, I am a 28-year old virgin, and I have used a small Fleurcup before. My periods are moderately heavy. There were a few times when I was using my small Fleurcup but leaked suddenly and dramatically in the night. At those times the cup was never full. I also usually leaked a bit in the daytime, not in such large volumes and not worse than with a tampon, but I still had to be vigilant. And I wouldn't dare to wear white! Apart from that I was comfortable with it: when I first got it I cut the stem a little shorter, but otherwise it suited me. I am very active as a runner and dancer.
My cup got lost so I need to order another. I am wondering whether it would be sensible to change to a large Fleurcup - would that prevent the nighttime floods? 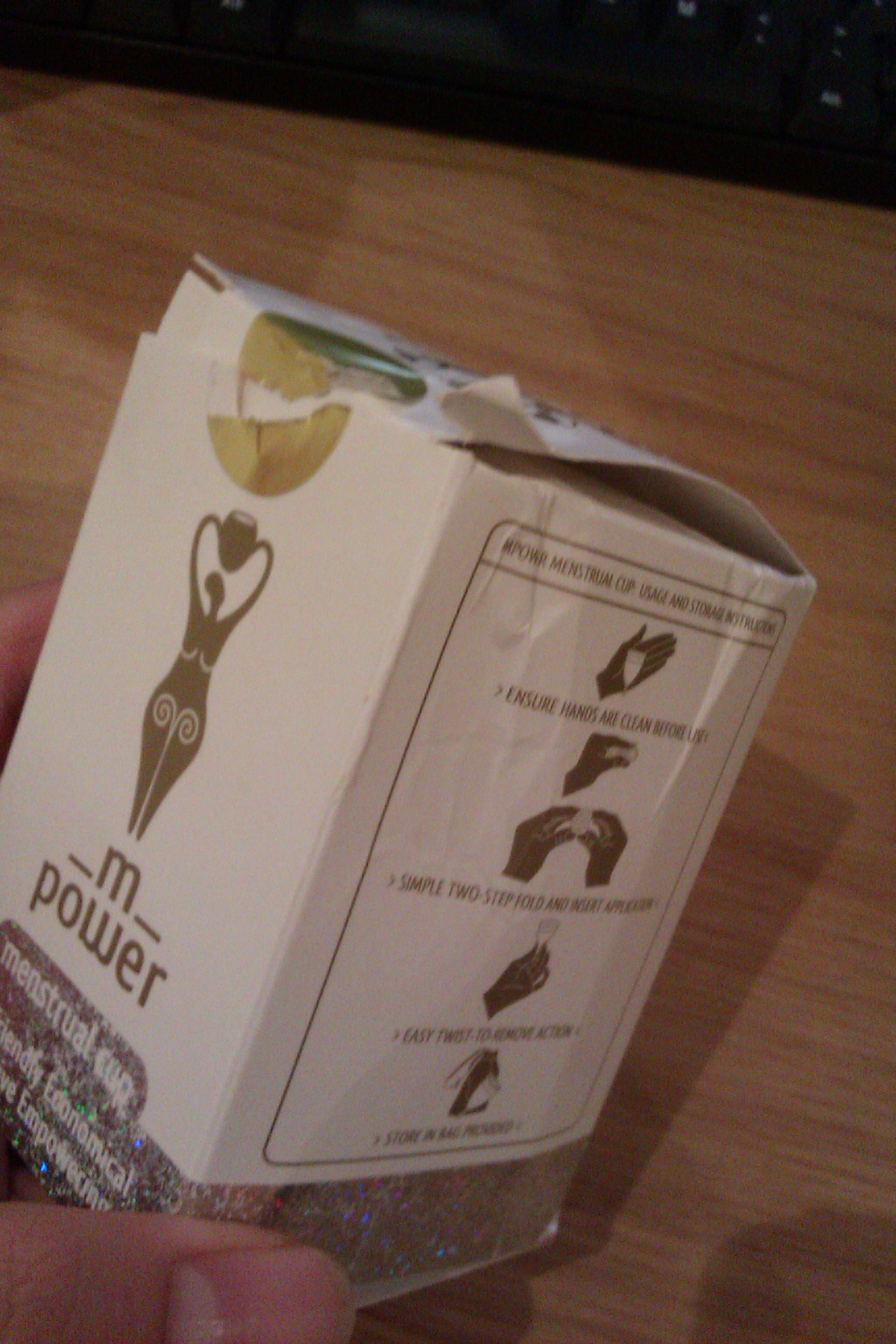 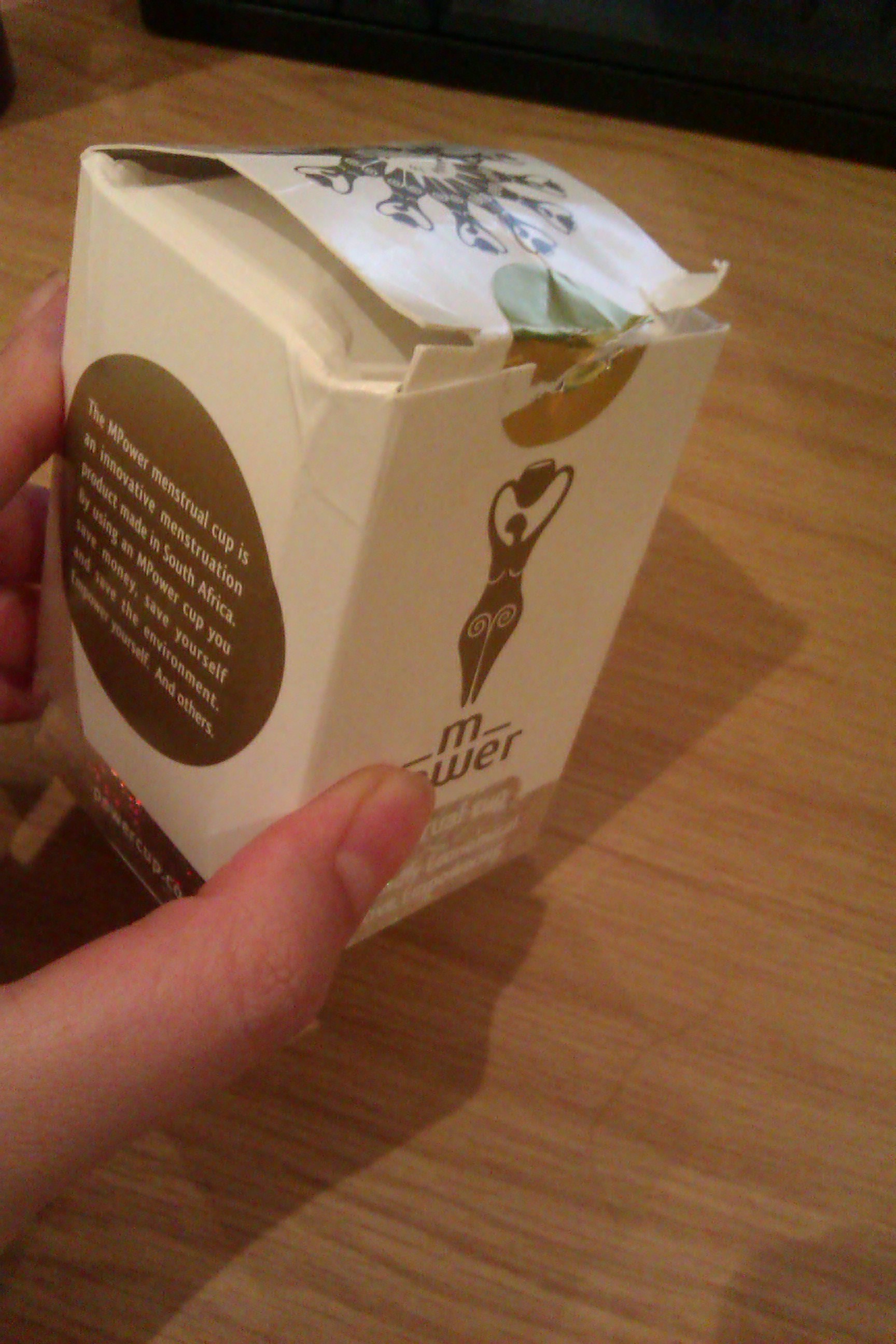 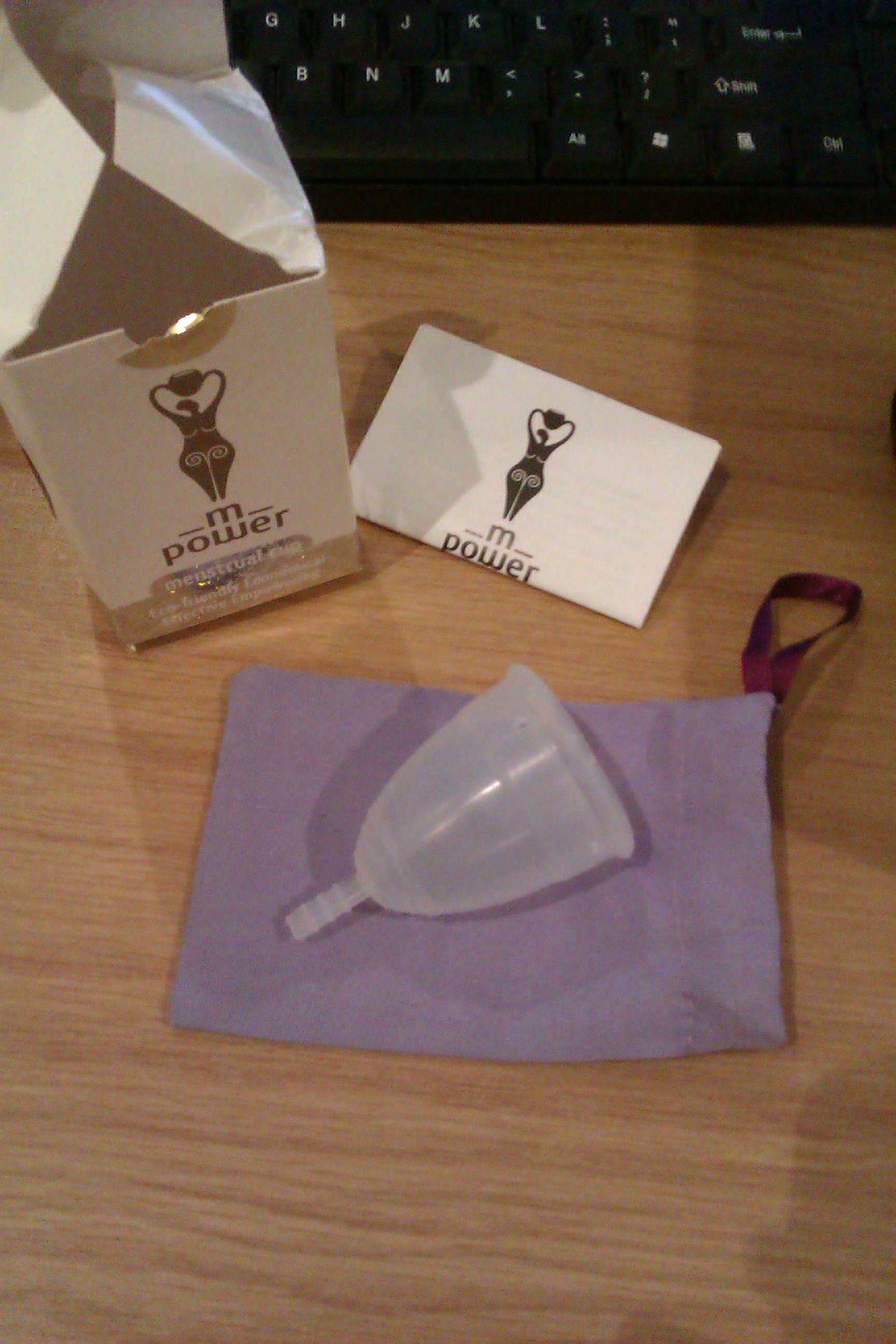 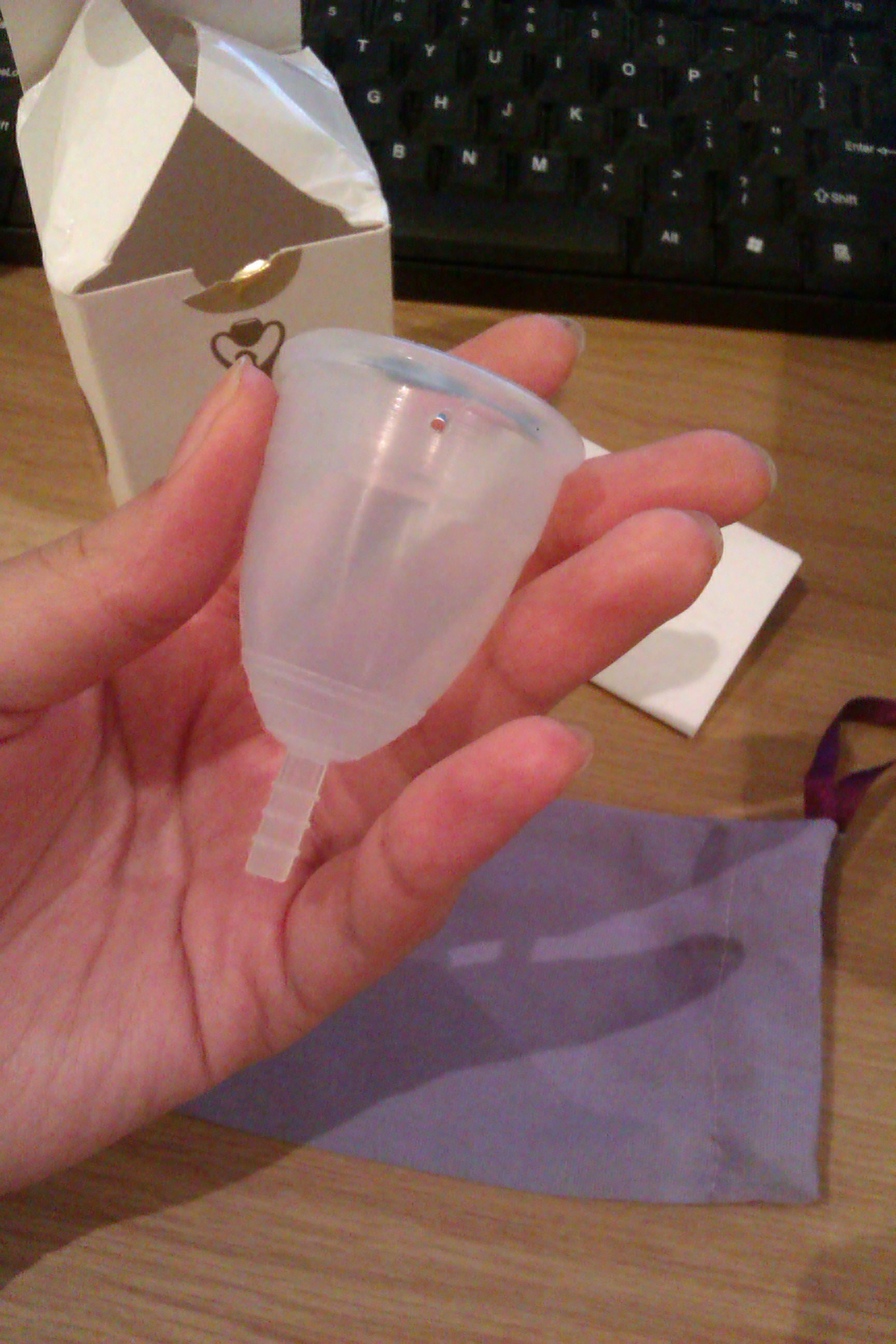 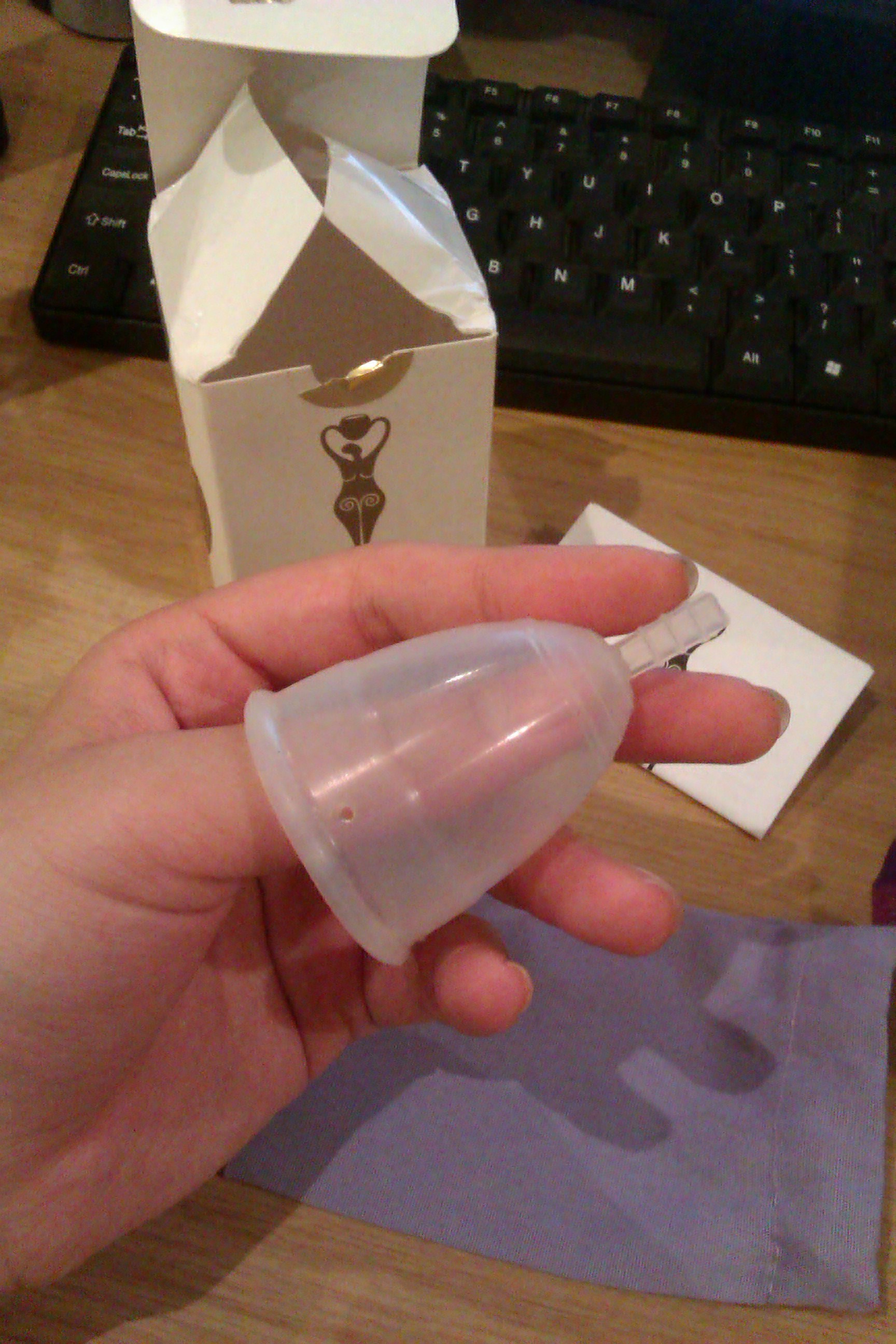 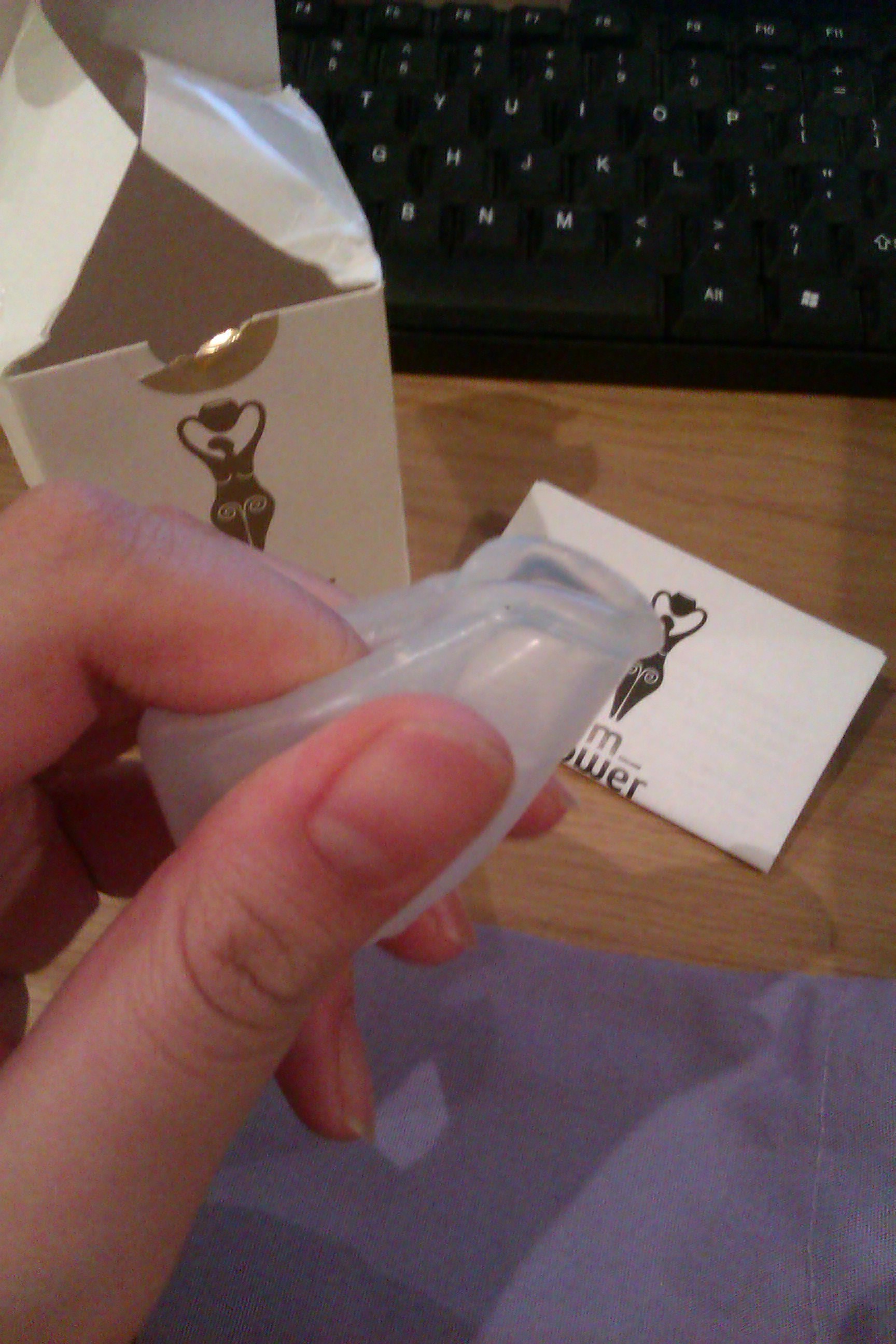 I was a bit disappointed that the pretty box got squished in the mail, but furthermore, I love it. It now comes in a pretty purple bag which is different from the denim bag I saw on the online pictures.

It's MUCH smaller than I'd expected. I can't wait to try it out when I get my period. The punch-down fold looks the most comfortable.

I'm in the middle of my first period using a cup - a small Lunette cup to be specific. I really love the experience so far! I'm still getting used to some things, though, and I'm not sure if I'm doing something wrong.

The first is that I'm not entirely sure if my cup is not popping open all the way. I feel a suction when I'm pulling it down and when I stick my finger in it seems mostly popped out, but I'm just not sure about the section pressing against my pubic bone. I'm using the pushdown method with the pushed-in part facing down, towards my rectum. That side seems to pop-out fine, but when I feel around, it feels like there's a little dent when I dig towards the top. Is that normal, or should I be finding a stronger cup that pushes back against the pubic bone more?

I'm also experiencing a bit of spotting. The cup is literally nowhere near full, so I'm wondering where it's coming from. Could it be coming from the pubic bone dent? Or could it just be gunk that was sitting below the cup?

Finally, and perhaps most importantly, I have a history of urinary discomfort and I'm a little concerned about how this could affect it. I feel like there's a pressure or sudden twinges of stinging in the first hour or so that it's in, before it's really settled in I guess. I moved away from tampons to help the general health of my vagina, but I never considered that a cup might not be the best for urinary problems. Anyone else use cups and have these problems? Any suggestions?